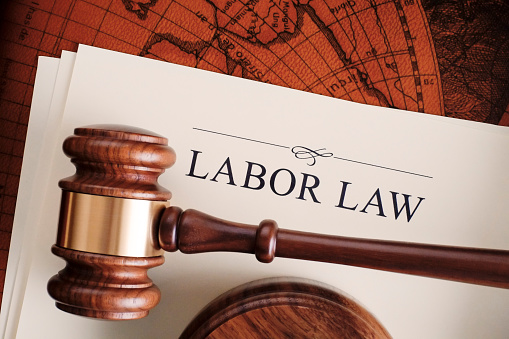 Many provisions of Labour Laws trace back to the time of the British Raj. However, with changing times, many became ineffective or had no contemporary relevance. Rather than protecting the interests of workers, these provisions became difficulties for them.

The legislation web was such that workers had to fill out four forms to claim a single benefit. Therefore, the present Government has repealed the non-useful Labour Laws.

If you are interested in knowing more about labour laws, then keep reading the article.

In this article, we have covered:

How employees’ working hours and annual leave will change under the new labour laws.

Employment laws are one of the most complex and controversial issues in India. A labour surplus economy like India needs to protect its workers. But, the policies guided by this principle make it more difficult for businesses to operate. This hinders the growth of businesses and reduces employment, i.e., getting worse on both sides. Both employer and employee.

Employment in India is a subject on a common list and so are both central and state-mandated laws. Previous employment laws were outdated and required a major overhaul of the new employment laws enacted by the Centre.

An economic study from 2018-2019 says that midgets (meaning companies younger than and older than 10 years old) dominate the Indian economy, stifling job creation and productivity. Although dwarfs make up half of all organized manufacturing firms, their share of labour is just 14.1 percent and just under 8 percent of value-added. The small size of firms means that firms cannot take advantage of economies of scale, which are key to competitive markets such as exports.

Another consequence of this restriction was the fragmentation of the labour market as formal and informal. Because manufacturers have small firms, most workers are left out of the formal working process.

It is important to note that the main purpose of labour laws is to provide social security to the workers. Still, during the previous regime, most of the labour laws only protected a small number of legal workers without exception affecting the workers in the informal sector and gaining more protection in trade agreements. Moreover, concert halls and stage workers were not governed by the original labour laws.

What is the new Labour law? 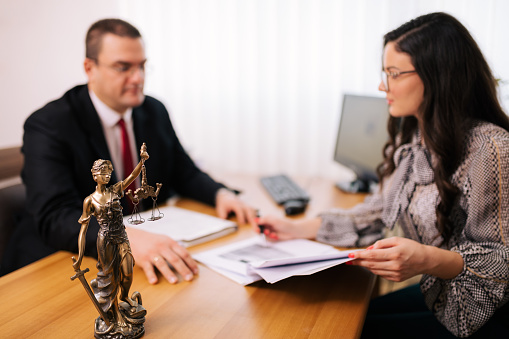 The center expects to implement a series of labour reforms starting July 1. The new rules, if implemented, will bring major and drastic changes to all industries and regions of India. Most importantly, there will be a significant change according to the new rules regarding working hours, EPF, and salary structure.

There have been many reports that the government is planning to imply these policies soon, but still, the government hasn’t made any official statement. The reforms address wages, social security (pensions, tips), employee welfare, health, safety, and working conditions (including the status of women), which are suspended from Indian policies, addressing the growth of global companies.

To date, 23 states have drafted employment policies and regulations based on the new Wages Act, 2019, the Industrial Relations Act, 2020, the Social Security Act, and the Safety, Health and Working Standards Code, 2020, all of which have been approved by Parliament.

Some definitions such as a factory where there is a production process have been revised to 20 employees (up from 10) using energy, and 40 employees (from 20) in areas without energy. For contract workers, the Code will apply to establishments or contracts employing 50 or more workers (on any day in the past year), up from 20 in the previous regime.

How The New Labour Law Will Affect the Economy

The new labour laws also cover gig economy and platform workers, as well as intermediaries such as ride-sharing services, catering, and food delivery services, content and media services, and e-marketplace. The scope of the Employees’ Provident Fund (EPFO) has also been expanded, and all offices with 20 or more employees are being set up. With this new social security law, more workers will be covered. In addition, the new law advises a single license for firms to hire contract workers in different locations instead of the multiple-specific licenses to make the hiring easier.

New labour laws are likely to reflect current economic conditions, including companies and employees under its jurisdiction, make law enforcement more flexible and reduce factory compliance costs. This is the need of the hour, and they are increasingly striving to increase ease of doing business and competitiveness towards global standards.

You may also go through this blog based on the labour welfare fund.

What is the impact of the new labour laws on employees’ working hours?

One of the changes the new law will bring the most is employee working hours. Currently, employees’ working hours in factories and other workplaces are nationally regulated by the Factory Act 1948 and for office workers and other employees by the Merchant Establishment Act of each state.

Under the new labour law, companies can increase working hours from 8-9 to 12 hours. But the total number of hours for a week would not be changed. So, if the company decides to extend your working hours, they have to compensate for three weekly breaks. Under the new rules, the company can work a four-day week, while overtime in the industry increases from 50 to 125 hours per quarter.

The government’s main objective is to make working hours and weekends more accessible for workers and services. The maximum working hours for employees have increased from 50 to 125 hours per quarter. It’s a double-edged sword because, on the one hand, employees get paid more for overtime work, but it can also be stressful because employees and workers would get fewer resting hours.

Under the new law, the state will only provide benefits to employees who fall under the worker’s category. Under the Shops and Establishments Act, the government has not affected the working hours and rest of the managerial, administrative, and supervisory staff regulated by the concerned state government.

The government is trying to introduce new labour laws to fill these gaps. These rules would apply to all businesses. But the state governments would still have the right to regulate the leave and working hours through the shops and establishment act.

Also, read about how the new labour law will affect white-collar employees.

What is the impact of the new labour laws on employees’ annual leave?

The new laws reduce the required eligibility for leave from 240 working days to 180 working days per year. This means that under existing laws, you must first work at the organization for at least 240 days to be eligible to take a leave of absence.

This minimum working day has been reduced from 240 days to 180 days. Even this will be unaffected by the amount of leave earned by employees. You get one holiday every 20 working days, as is the current situation. The holiday carries forward limit is also unchanged at 30 days.

Earning holiday pay on behalf of the employer has also become mandatory under the new labour laws. If you have more than 30 days of carrying forward leave with a balance, the employer would have to compensate you for the extra days above 30 Days of leave balance.

On the other hand, the government has enforced leave provisions universally across all sectors. In contrast, new labour regulations have made earned leave compulsory on behalf of an employer, with year-end limits on employees taking more than the maximum allowed leaves carryforward.

Let’s understand this with an example

The existing Shops and Establishments Act provides compensation for the leave at the end of tenure (i.e., at the time of retirement or resignation). All in all, it can be said that the new labour regulation is a welfare law that aims for the welfare of an employee. However, it remains to be seen whether state governments would play along and make necessary changes in their shops and establishment acts.

Above all, the Work from Home (WFH) has become a prevalent market practise in all sectors of the industries. Hence, it has been recognized by the Central Government in the draft model order.

What is the impact of the new labour laws on employees’ salary structure?

Under the new rules, an employee’s base salary must be at least 50 per cent of the employee’s gross pay. As a result, employees will make huge contributions to their EPF accounts. Also, gratuity deductions will increase, reducing the take-home pay of most employees. However, their benefits increase after retirement. The scope of ‘remuneration’ under the new codes is being expanded. Hence, employees’ retirement benefits are expected to increase with the implementation of these codes.

Many beneficial provisions have been laid down for labour welfare. For example, the extension of social security coverage to the unorganized sector workers, compulsory issuance of these letters to every employee, etc. Annual health check-ups, fixation of wages to employees with double-overtime wages, the establishment of social security fund for employees of that sector and unstructured, etc.

Delay in implementing these labour policies has certainly postponed the benefits for the employees.

You can also check our post salary structure if you have some doubts regarding it.

The Labour Code will emerge as a game-changing initiative by the government. Successful implementation of these laws will provide leverage to employees to raise their status. It would also provide flexibility to employers to protect business interests, build transparency through digitization, and tap employee interest.

This new Labour Code will also help facilitate doing business in India and attract FDI and Indian multinationals. This would encourage strengthening business opportunities and take India to new heights.

Employee Timesheet: How to create Templates and Track Time?